Hola todes (instead of saying todas/os, here a lot of people say todes to include all genders), my name is Hana Kristensen and I am currently in Buenos Aires, Argentina completing my internship with an NGO named Democracia en Red. I am living in the neighborhood Palermo Soho, which is known its street art and cool bars and restaurants.

It is winter here, but it feels more like fall, which I love. A lot of the days it is sunny, and Porteños (Argentines from Buenos Aires) love spending time outside when its good weather. When it is a nice day, you can find everyone hanging out in parks after work sharing maté (pronounced ma-tey).

Porteños, love their maté, a traditional drink that is meant to share with a whole culture surrounding it, so during the meetings the maté is passed around. I am not a huge fan of maté. It is a truly acquired taste, and I have been trying to get used to it, but to me it tastes like when you leave a teabag in the water for way too long.

At work, I am on the projects team/equipo territorio, where I translated their website to english, as well as conduct research and write short reports on a variety of topics they are interested in. There are presidential elections coming up in October, so a few of their projects have to do with that. We start off the week every with a meeting going through the checklist for each project, and then after that we have a meeting with everyone in the office where we all speak for 3 minutes about what we were working on the past week.

Last week they had their half year meeting, where we had a lunch together at my boss’ house and did a bunch of activities. One of them was writing on post-its what we like about the NGO, what we don’t like and suggestions on how to improve what we don’t like. I really liked how it was very collaborative and everyone’s opinions were respected and listened to. The organization works in a very collaborative manner, where everyone has a lot of autonomy, and there is not much hierarchy, which I found refreshing. If you are given a task, you are expected to do it, but someone isn’t checking on you constantly to make sure you do it.

It is fun being in an office space, a lot of my coworkers are young, so I am learning a lot of slang, which is fun to throw into my sentences here and there. Most of it the words are swears, but here they are used pretty lightly. Argentina, especially Buenos Aires, uses the voseo, so instead of traditional spanish where you say for example, “Estoy bien, y tu?”, here you say “Estoy bien, vos?”. Another common slang word is “che”, kinda similar to saying “hey” or “guy”, Che Guevara is Argentine, and the “che” part of his name comes from this slang term. The office is in a shared office space called Espacio MAAD, where 3 other organizations are as well. The door is covered in stickers from different projects and initiatives that the organizations in MAAD have been involved in. My favorite sticker says “basta los rosarios de nuestros ovarios” (enough with the rosaries in our ovaries), it refers to reproductive rights, especially in terms of abortion. While I was studying abroad here, the congress voted against legalizing abortion and it is still a huge discussion in Buenos Aires and in the country. While the law was being discussed, a lot of young women and allies were carrying around green handkerchiefs in support of legal abortion. The movements and protests made worldwide news, and sparked a lot of movements within South America to legalize abortion. Argentina being a predominantly Catholic country, the media attention that it gained it was a very meaningful step to many.

The organization I work for is very involved in the political realm in Argentina, along with many other organizations. Democracia en Red was involved in an initiative called “Gobierno Abierto” (open government), to promote transparency. Organization members were able to go to panels and discussions about certain topics, and I was able to tag along with my boss to one about information access and how it is a pillar in creating transparency and trust. While I have been here, I was also able to go to a conference called Simposio Conosur, where there were panels on the dictatorships in South America and how they are portrayed in literature, art and film. It is great being in a big city where there are constant events and museum exhibitions that can further your understanding of the culture and history.

There have also been a lot of national holidays that turn into long weekends while I have been here called feriados. Therefore, I have been able to travel a bit. I was able to travel to Iguazu Falls (on the border with Brazil and Paraguay) as well as the north of Argentina and the Atacama desert in Chile with Jonny, a fellow CISLA scholar who is also completing an internship in Buenos Aires and a mutual friend.

I also studied abroad in Buenos Aires in the Fall of 2018 where I was able to go to Patagonia as well as Uruguay and Mendoza (wine region of Argentina in the Andes where Malbec is produced). One of my favorite things about Argentina is how different the geography is depending what part you are in, there are humid rainforests, glaciers, deserts and open plains.

I only have 3 weeks left at my internship, and though I am excited to start senior year and get back to Conn, I wish I had more time here. There is so much to Buenos Aires and Argentina, and I have really enjoyed both studying and working in this city. 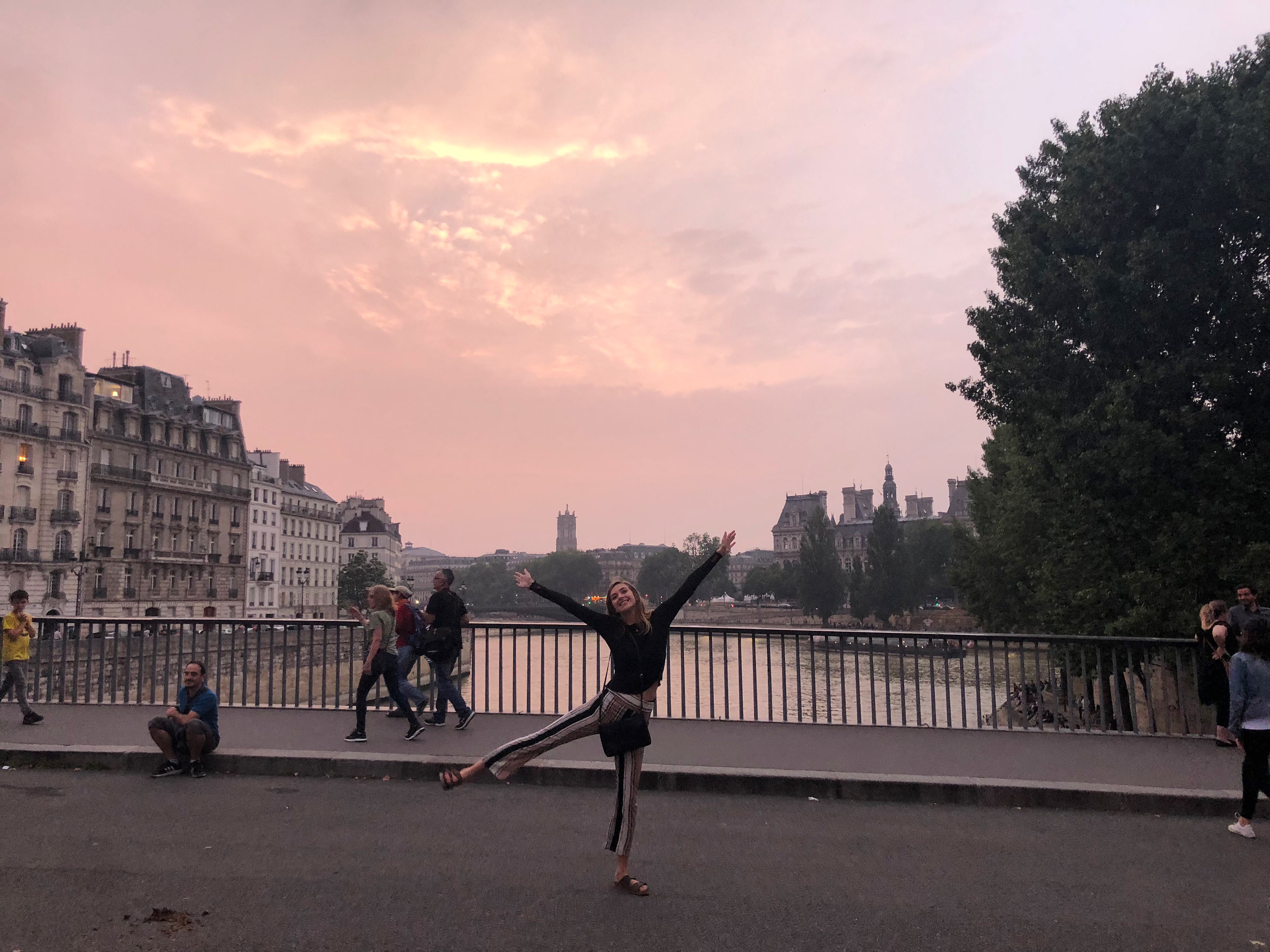 Coucou mes amis ! It’s Mary Kate here and I am currently completing my summer internship in Paris, France. My…

Greetings from Paris! This summer I am interning for Ariana MIX’ART, an association that promotes citizenship engagement and Republican values…

Saludos a todos y todas! I hope all of your summers are going well. In case y’all didn’t know, I…