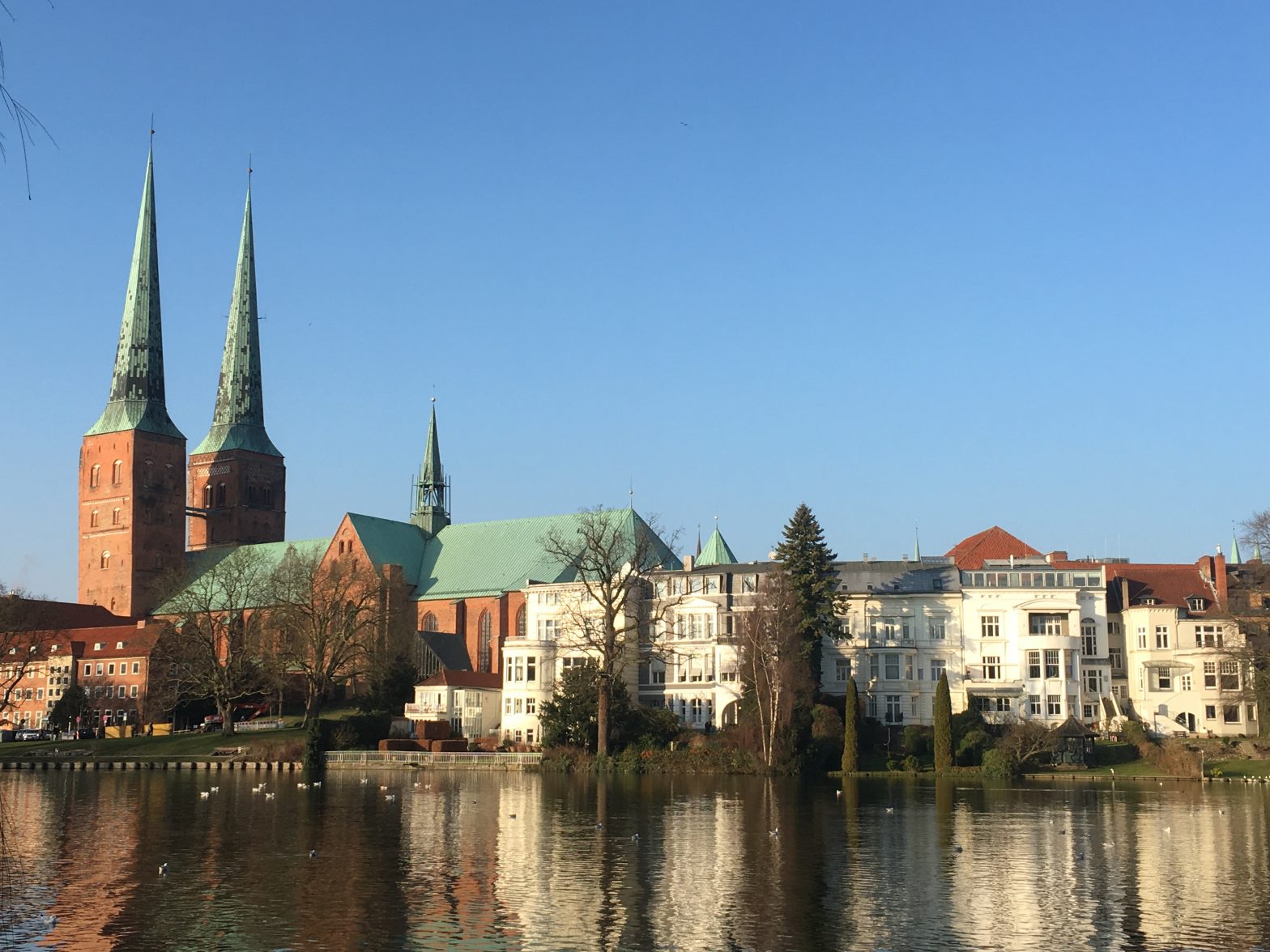 Guten Tag, CISLA blog readers! I am Lanie, class of 2019, German Studies major and History/English minor, writing to you from Lübeck, Germany. Lübeck is a city in northern Germany (population around 214,000) and a popular tourist destination: in the winter for its Weihnachtsmarkt (Christmas market) and in the summer for the seaside resort Travemünde. However, the tourist attractions are not what brought me here, as appealing as they sound. I am here for the wide network of refugee- and migrant-related organizations present in Lübeck. I initially applied to do my CISLA internship with Sprachpartnerschaften Lübeck (Conversation Partners Lübeck), a program that matches Lübeck locals with refugees/migrants for casual German language practice and exchange of experiences and cultural information. The organization was unable to accommodate an intern, but one of the program’s leaders, Dr. Imke Lode, also works as an independent intercultural consultant and trainer, and she offered to let me work with her for the two months that I’m here.

My internship with Imke has two parts: first, I am assisting her with research on the Berlin Holocaust Memorial, cultures of remembrance, and their relevance to refugee/migrant life in Germany. This I do mostly from her home office or the Stadtbibliothek (public library). Second, she has set me up with four or five “mini-internships” with a few of the many organizations that work with refugees in the Lübeck area. Sometimes this takes the form of attending a workshop put on by the organization, sometimes it involves visiting their office for a day or two and learning how they operate day-to-day business. Some examples so far: an all-day women’s music workshop featuring TonTalente (CISLA student Aidan ’18 interned with them last year!), a community brunch with migrants, refugees, and local Germans, a seminar led by Imke for non-German mothers on what the German cultural norms are regarding Kindergarten/elementary school, and a half day at the Sprachpartnershaften office where I observed initial interviews with prospective German conversation partners. My schedule is different every week, and I almost never work the traditional 9-5 day. Some workshops and events are in the evening, so I usually schedule my research time around those.

I am also teaching beginning English to refugees. This was not part of my plan when I came here, but I happened to be at the right place at the right time and before I knew it I was agreeing to hold English lessons twice a week! Our class is made up of eight or so participants, mostly men, but one woman and a couple girls who are in middle-/high-school. Between the eight of them, their countries of origin are about evenly divided between Eritrea, Afghanistan, and Iraq. They all have a working knowledge of German, but they have really varying levels of English knowledge. Some I think are starting entirely from scratch, while some spent years learning English at home but haven’t been able to work on it lately. Teaching English has turned out to be really difficult for some reasons that I anticipated and some I didn’t. I expected it would be hard to teach my native language, since I never “learned” English the way they need to learn it. I also expected that my lack of background/training in teaching would mean I’m sort of going into this blind and improvising my way through. The surprise challenges have been: First, as I mentioned before, no two people in my class are at exactly the same level of English. Second, there are three different Muttersprache (mother tongues) in my class: Tigrinya, Dari (Persian/Farsi), and Arabic. So although I can kind of “tailor” my lessons — an “English for German speakers” type of thing — I can’t, for example, teach “English for Arabic speakers”, because not everyone in my class speaks Arabic as their first language or even at all. Third, it seems that almost all schools in Germany (maybe even in Europe) teach British English, and that the “big English test” (as I call it) is on British English. I’m worried that learning American English may do more harm than good if they end up having to re-learn everything British-style. And fourth, I’m only here for another month–not an ideal arrangement for teaching a language; a long-term commitment would be better.

So, given my many fears and my lack of formal teacher-training, this whole thing could have easily been a disaster, but my students have been so patient and understanding with me that even when there’s a communication breakdown I feel confident that we can all get through it together. They are also all super eager to learn English, so I think they are exceptionally tolerant of my occasional difficulty with explaining things. I’m glad I was open to doing something far outside of my comfort zone, because it’s gone a lot better than I expected, and has been a really valuable and interesting (and challenging!) experience.

It’s hard to believe I’ve been here for only a couple weeks. My days are so busy that it feels like I’ve done a month’s worth of research, lessons, activities, workshops, and walking around the Altstadt (Old City). And, most surprisingly, I’ve become a pro at navigating the bus routes! I think I come across as kind of weird to Germans because when they ask me what I think of Germany so far, I immediately start gushing about how amazing their public transportation system is. I also get really amped about old buildings. I’m so dazzled by all the churches here, most of which were built in the 1300s or earlier. I don’t count myself as a religious person but standing in a cathedral alone, in silence, was exceptionally humbling. Also, the St.-Marien-Kirche in Lübeck has the world’s largest pipe organ! If only I’d thought to take organ lessons before I came to Europe…

Every Thursday night there is an “Internationaler Stammtisch” at a tiny, hole-in-the-wall bar in the Altstadt, where Germans and non-Germans gather to chat in whatever languages they speak and get to know each other (and each other’s cultures) while enjoying their beverages of choice. I’ve gone once so far, and it was a really fun experience! Quite a few people were there, mostly around my age, and around the table you could hear at least three different languages at any given moment. People often changed language mid-sentence depending on who they were talking to, and people would also end up leaning across the table in order to talk to the one other person who speaks their language. It was a bit chaotic, but a beautiful kind of chaos.

Well, I think that’s about it for now. Thanks for reading my blog post and stay tuned for more from CISLA students over the summer! I’m doing my internship in January/February instead of during the summer because the spring semester at German universities is actually a summer semester: it starts in mid-April and goes until the end of July—so I wouldn’t have time for a six-week internship if I had to wait until August to start it. And, of course, everyone at Conn is going back for spring semester now, while I still have a little over two months before I start school—though this does also mean that as everyone at Conn is getting ready for finals, I’ll be getting ready for my first day of classes at University of Tübingen!!!! So, to everyone back at the ranch, have a wonderful spring semester. To my friends abroad, I look forward to hearing about your adventures. Tschüss!

A little know fact about me: I hate professional phone calls. To make it worse, I found out during my… 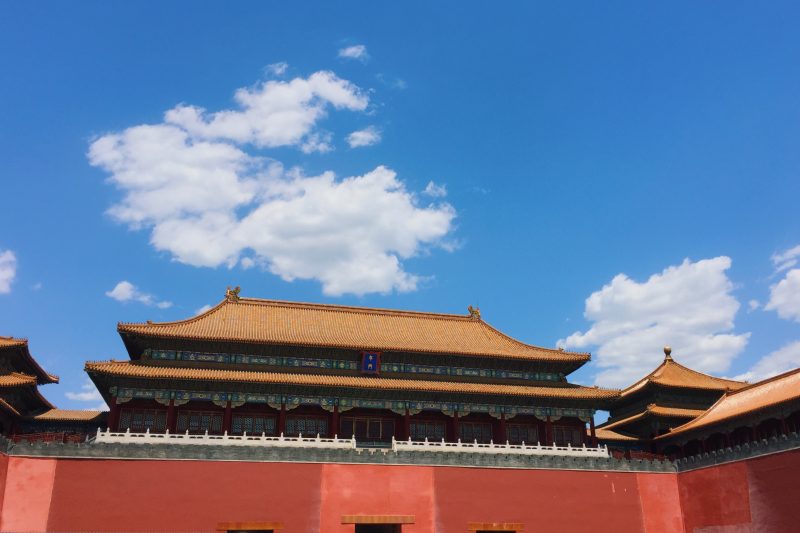 大家好！Serenity Chen checking in from Beijing, China. I just finished my last day of internship at the School of Journalism…

My summer (or actually winter) in Chile

Saludos from the Southern Hemisphere! I am currently one week in to my internship at a small, independent publishing house…

Adventures in the New Year

Though the campus has quieted down significantly during the winter break, this is an exciting time of year for the…